“”Matt is a dedicated hard-working video production professional. He has a great work ethic always giving more than expected. Matt is organized, punctual and pays attention to detail. Even tempered and level headed, Matt take criticism well, is open to suggestion, and is friendly anad approachable. As a production and multi-media assistant, he always applies himself and is thorough and dependable.””

“I had the chance to work with Matt while directing (and acting in) the feature
film ‘Bachelorette’s Degree.’  I can honestly say that if there was anything
EVER needed Matt was there.  He had a number of different roles while we were
filming, including being a stand-in, transportation co-ordination, script
supervision and behind-the-scenes photography… and throughout all 16 days of
filming Matt went above and beyond in every task assigned to him, as well as
others that weren’t.  I can recommend him highly, without reservation and will
be calling upon him again in the future: guaranteed.” 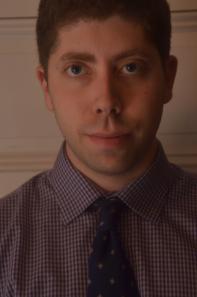